In 2016, Sahar Bijan made good her decision to go to law school, graduating from the University of San Diego School of Law three years later in December 2019 and passing the California Bar in 2020. She also finished her LLM, a post-J.D. degree known as the Master of Laws in taxation.

Doing all this as a young person fresh out of high school is ambitious enough, but doing it as a refugee and mother of two?

For Bijan, it’s literally been a long journey. Her desire for a higher education began years before she took her first step on a community college campus.

In 2003, Bijan and her husband Omeed and their two children left Iran. They were not Muslim which made things more prohibitive, and they lacked the freedom to pursue the life they wanted. Luckily, they had family who had settled in the San Diego area and agreed to sponsor them.

The first job Bijan found was as a seamstress, allowing her to work at home and be with her kids, then 3 and 4 years of age. In Iran, she explained, she had learned to sew for fun, little knowing that the skill she learned as a hobby would help her family make the transition into their new life.

In 2011, Bijan decided she wanted to go to law school. “I had the experience of being subjected to injustices and wanted to be able to fight for people, to be a voice for them if they needed one.” Seeking a university-level education began at the beginning with English classes at Palomar College.

When asked “but why tax law in particular?” Bijan smiled and said it was because she had no fear of numbers. Her father was a CPA and as a child, he often handed her his accounting spreadsheets, asking her to add them up.

She found this challenging and fun and she learned to love math. “A lot of law school students I met were intimidated by math, choosing instead a field where number crunching wasn’t a prominent part of their work.” For Bijan though, choosing to get her LLM in tax law after passing the California Bar made sense.

When asked about what gives her the most personal satisfaction, she said without hesitating, “raising two successful kids – at least I think they are.” Her daughter Rojin, 21, just took her LSAT and is going to go to law school, following in her mother’s footsteps. 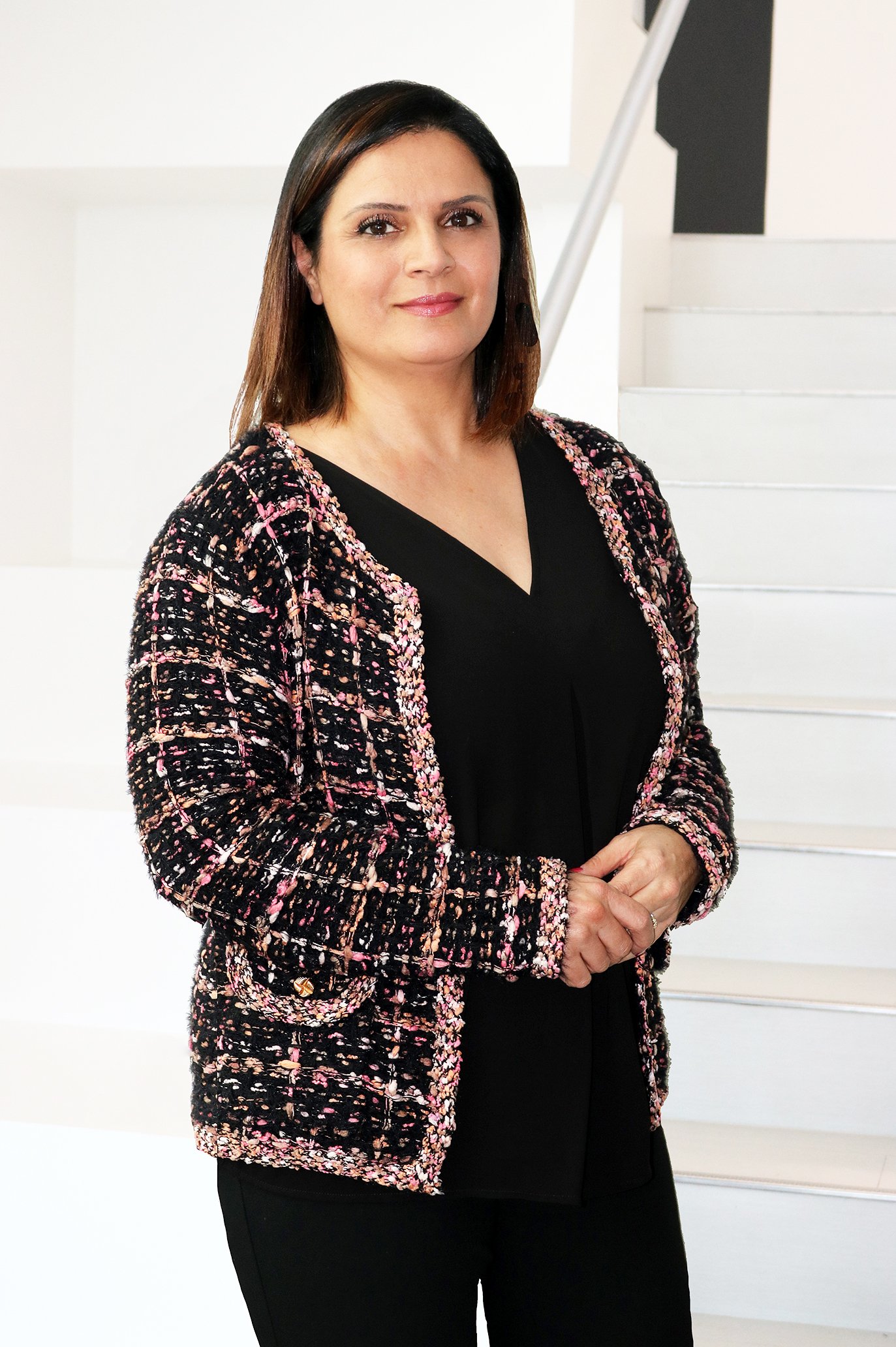 Her son Arvin just finished his undergrad at UCSD in biology and is studying for his MCAT so that he may go to medical school.

Bijan also spends time on the weekends with her extended family – her sister and cousin, as well as her two dachshunds, Lyla and Alana.“We always have gatherings and something going on during the weekends. There are a lot of us, and we enjoy spending time together.”

Sam Brotman and the rest of the staff look forward to seeing Bijan employ a long and successful law practice as an associate attorney here at the firm.