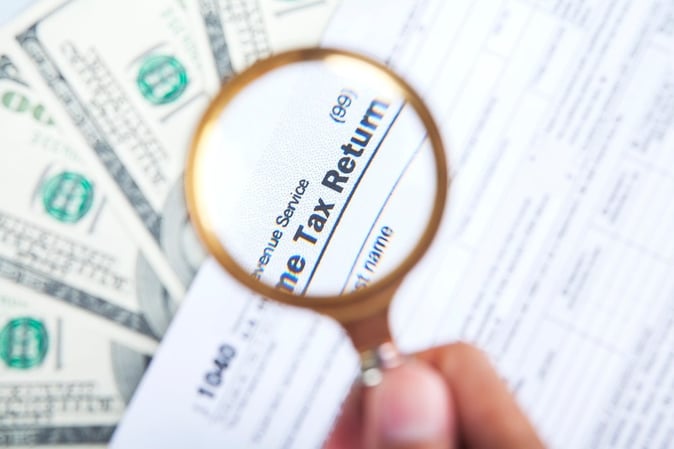 Ever wonder how tax returns are selected for audit? Well, it comes down to two simple numbers which are your DIF Score and your UI DIF Score.

According to the IRS, tax returns are selected for audit based on computer scoring. The IRS states in Publication 556 that it uses a computer program called the Discriminant Inventory Function System (DIF). The Discriminant Inventory Function System assigns a numeric score to each individual and some corporate tax returns after they have been processed.

If your return is selected because of a high score under the DIF system, the potential is high that an examination of your return will result in a change to your income tax liability.[1]

Essentially, the two-fold purpose of the DIF is to identify and select tax returns for examination utilizing a pre-configured scoring formula. Each type of taxpayer and tax return is subject to a different DIF formula. There are particular items on a tax return that may cause concern.

For example, participation in a tax shelter might send up a red flag to the Internal Revenue Service. In addition, “large charitable contributions, home office deductions, large travel and entertainment expense or large automobile expense” may send up additional red flags (MBBP).

Once a tax return is selected under the DIF program, it is then manually screened so attachments and related data can be evaluated.

Both steps are evaluated in conjunction with the other.

However, a tax filer that reports income from various sources and fails to provide hard-copy documentation evidencing self-employment earnings, for example, will likely have a better chance of responding to an audit request.

With this in mind, with regard to the UI DIF, the IRS typically targets four areas when considering an audit.

A taxpayer with a higher income tends to file a more complicated tax return. Under this category, the taxpayer engages in pass-through activities that include tax shelters, the establishment of trusts, and related taxation shielding options.

Because some activities may be illegal, tax returns that fall under this category are likely to be audited.

A taxpayer with high income reported on their social security number, but who has not filed a tax return yet, is screened by the IRS. The IRS will send multiple notices, advising the high income taxpayer of their legal obligation to file and will also prepare a Substitute for Return (SFR).

The third area the IRS evaluates is the “high amounts of itemized deductions” reported by the taxpayer.

Self-employed taxpayers are also vulnerable to an audit.

Are you a marketplace facilitator or out-of-state business who has received a tax return demand...

Federal Payroll Tax: What the IRS Expects from Business Owners

If you have employees, you are liable for federal payroll taxes. Some taxes are withheld from your...

What is the IRS Statute of Limitations for an Audit?

IRS audits operate under a statute of limitations, meaning the IRS is barred from auditing returns...