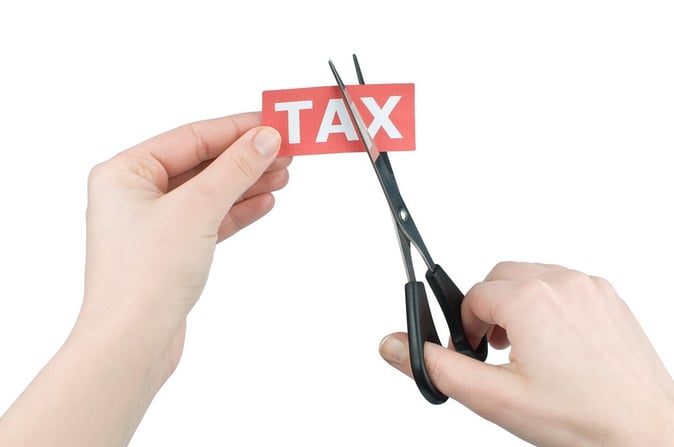 Undue hardship another factor that the IRS may use to abate a tax penalty. The IRS defines an undue hardship as something that is “more than an inconvenience to the taxpayer.[1]”

In reality this means that the taxpayer must show and document some severe financial or personal catastrophe in order to get a tax penalty mitigated as a result of an undue hardship. As a practitioner, I can tell you that this is a fairly difficult feat to accomplish. There are very few circumstances that the IRS will consider severe enough to warrant non-payment of taxes and that is usually limited to:

Barring anything outside of these two factors, the IRS is unlikely to consider your rationale behind an undue hardship sufficient.

One other thing that is important to note, is that undue hardship generally constitutes an appropriate rationale where items were tied to a failure to pay. However, the IRS generally does not excuse penalties associated with a taxpayer’s failure to file because of an undue hardship.[2]

According to the IRS, financial detriments generally do not impact the taxpayer’s ability to file. However, I have been personally successful in releasing penalties associated for a failure to file because of an economic hardship.

In my opinion, I think what is really important is the surrounding circumstances behind the taxpayer’s request. Regardless of which penalties they are applied to, good facts and rationale will overcome most IRS objections.

I will not go so far as to say that receiving bad advice is a slam-dunk for getting penalties mitigated, but bad advice, whether from the IRS or from a tax practitioner, is one of the most compelling reasons to abate tax penalties.

Throwing someone else under the bus is a frequently used tactic by tax practitioners for abating penalties in other areas, such as in an audit. Reliance on an expert or from something that the IRS tells you is indicative of the ordinary care and prudence that the IRS is looking for when granting a tax penalty abatement.

Logically, if the IRS tells you something, you rely on that something, and you are negatively penalized for it, then they should mitigate any penalty associated with their mistake.

In comparison, reliance on a tax advisor is also indicative that you are admitting ignorance when it comes to certain tax matters and trusting someone who is formally trained in such matters. The only place where reliance on a tax advisor would be unreasonable is where the blame falls squarely on the taxpayer (negligence) or the IRS is able to prove some financial sophistication and that the taxpayer should have known better.

However, generally this is a great tactic to use, facts permitting.  Similarly, if the IRS makes a mistake, in most cases they will mitigate any penalties associated with their error without much of a fight by the taxpayer.

The IRS without question generally accepts any tardiness in filing or paying taxes due to a fire, flood, tornado, or other casualty. Particularly in areas where there is a state declared or federally declared disaster area, the IRS will usually mitigate tax penalties without question.

However, like many of the other factors, the extent of the mitigation will depend on the circumstances and the reasonableness of the taxpayer’s request. The IRS will want any past due returns or payments made as soon as possible. If the taxpayer can demonstrate this, then they should be able to get penalties abated without question.

In conclusion, tax penalty abatements are generally achievable if based on one of these seven, or rather six circumstances.

It is important when submitting any penalty mitigation request to organize and prepare your request well. Provide any substantiating documentation that you may have and pretend that you are making the argument in front of a judge, rather than an IRS representative. Organizing and arguing your penalty abatement well can make up for some bad facts or circumstances that may suggest you fell short of reasonable care and prudence.

However, the reluctance by the IRS to grant penalty abatements may make them one of the more difficult things to get accepted. I hope these guidelines provide you with a good grounding in the IRM to assist you in preparing your penalty abatement request.

The only people who like taxes are those who collect them, right? But every year most taxpayers...