What Are the California Payroll Tax Penalties If I Don't Pay? 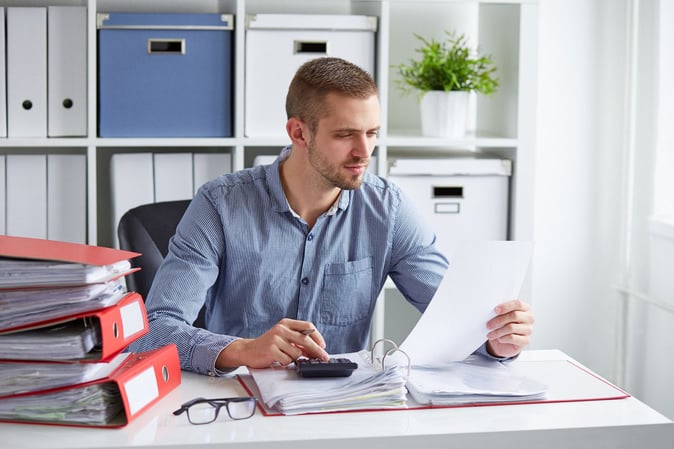 As an employer, you are obliged to file payroll tax returns and pay payroll taxes. While the obligation can feel burdensome, especially when times are tough and cash flow is slow, this is obligation that you must never delay.  Substantial penalties may accrue to any employer who doesn’t file correctly, leaving you in a far worse situation than before.

Then there are two types of tax which are withheld from employee wages: State Disability Insurance (SDI) and California Personal Income Tax (PIT).  These are considered trust fund taxes, because they are held in trust by the employer on behalf of the government.

Primary payroll returns are due quarterly, on the last day of the month following the quarter.  For example, the first quarter of the calendar year ends on 31 March: the payroll return for that quarter is due on or before 30 April.  Payroll tax deposits, where they are employer contributions (ETT and UI) are also due quarterly on the same schedule.

Payroll tax deposits, where they are funds withheld from employee wages (PIT and SDI), are due monthly, with the last day being the 15th of the month following the month for which they are remitted, or the first business day after the 15th if this is a non-business day so January taxes must be paid by February 16.

Filing of returns and payment of taxes can both be done online or mailed to the EDD.

There are a number of penalties that may be levied for underpayment or non payment of taxes on top of the standard late fees.  The penalty will depend on the reason for the non-payment, including whether the fraud was intentional or accidental and the nature of the fraud.

Under the table payments, or ‘black economy’ payments, are a method of paying workers off the books: that is, without keeping a record that the worker received payment.  It is attractive to workers who don’t want their wages garnished by tax liabilities or liens, and to employers who don’t want to pay payroll taxes or other employee benefits.  It is also fraud, and the EDD and IRS keep a close eye on businesses where the reported number of employees and reported operations don’t add up.

Rate manipulation is a tax evasion scheme whereby an employer manipulates their UI payroll tax rate to lower the rate payable.  This may occur by transferring the payroll to a new (connected) company in order to benefit from the lower rate that new employers enjoy, or to a subsidiary with a lower tax rate.

Sometimes an employer may operate a dual system, where they report some of the wages paid to a worker, but fail to report others - for example, overtime monies paid in cash.

If an employer has knowingly falsified a return to show a lower liability than would otherwise be due, it will be difficult to argue that there was an honest mistake made.

Some employers misclassify their workers as independent contractors in order to avoid their obligations in regard to payroll taxes and other employee benefits and protections.  Sometimes this arises from a legitimate misunderstanding of what characterizes an employee and on other occasions it is deliberate fraud.

How fraud is detected and determined

The EDD may detect possible fraud in a number of ways.  An employee or customer of the business may tip them off.  The business’s reported operations may not match up with the amount of payroll taxes being reported, especially in cash-heavy operations like retail businesses.  Audits can also be triggered by simple delays in reporting.

Where the EDD detects fraud, it will carry out an investigation.  It also shares information with the IRS, leaving offending parties open to a federal audit and two sets of penalties.  An EDD investigation usually requires the business to produce comprehensive financial documents and to make their premises available for inspection by EDD agents.  If the EDD considers the investigation to be a criminal matter, agents may use surveillance and search warrants to gather evidence, and may seize documents.  Individuals within the company may be interviewed, and if you are a signatory to financial or employment documents you will be under suspicion.  Where there are multiple responsible people in a business which has committed fraud, the EDD may recover against all or one of those people.

These measures can be time consuming, costly and distressing for employers, who may wish to appoint a tax attorney to help them navigate the process.

Where payments are merely late, fines are calculated on the basis of time passed.  The penalty is 2% for deposits made up to 5 days late; 5% for deposits made 6 to 15 days late and 10% for deposits made 16 or more days late.  If the IRS issues a notice asking for the tax and it remains unpaid at ten days after receipt, a 15% penalty is added.  Fines can begin to build up very quickly, and an employer who delayed paying due to cash flow issues may find themselves in real financial trouble.

Where fraud has occurred, whether by misclassifying employees or not reporting them at all, there are a number of additional penalties that can be levied at both the federal and state level.

At the state level, employers can be fined an additional amount between $5,000 and $15,000.  If a pattern of deliberate misclassification is found, those amounts increase to $10,000 and $25,000.  Employers may request a reduction in penalties if they can prove that there was a genuine mistake.

If employers have failed to keep records and/or issue itemized wage statements, these are additional breaches which carry their own lump sum penalties.

If a worker is injured during the course of employment and the nature of the payroll tax fraud is such that workers’ compensation insurance is not available, the employer may be personally liable for the costs that would ordinarily be covered by that insurance.

The EDD has considerable powers in recouping the outstanding liabilities. They may seize personal assets, including your home, in order to satisfy the debt.  Filing for bankruptcy will not discharge the liability.

Lastly, if the payroll tax fraud is found to amount to criminal behavior, you may face a jail term.

Unpaid payroll taxes are one of the most common problems faced by employers. Unfortunately, they are also taken very seriously by the EDD and the IRS.  No matter whether you are feeling the pinch from other creditors, or are just too snowed under to make sure your record keeping is up to date, payroll tax must be a priority within your business.  If you’re already in trouble with the EDD or simply unsure that you are meeting your obligations properly, an experienced tax attorney can help you sort out the problems before they start to snowball and threaten your business.