What is a Sales Tax Nexus and How Does It Affect My Business? 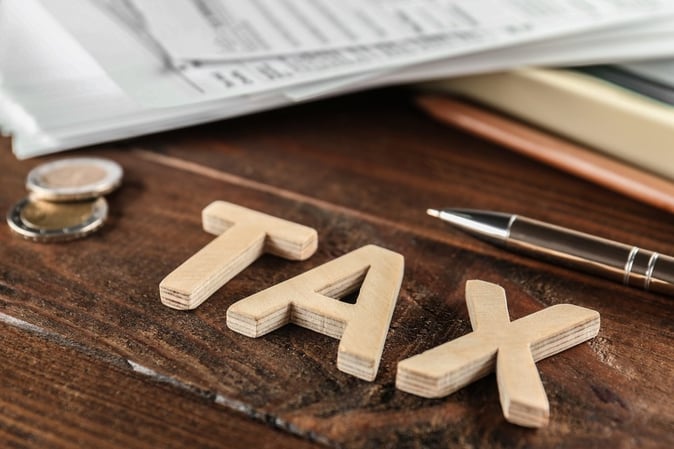 A state may create legislation requiring a seller with nexus in that state to pay tax on sales of tangible property within the state.

What is nexus and how does it affect your business?

Most states declare your business has a nexus if you have any physical presence within the state. It can include:

If you own or lease tangible personal property or real property within a state, you have established nexus.

However, if your only connection with a customer is via:

The only exception to this list is if your website or web page is stored on a server that you own or lease, and located within the state.

Another term is also used in the establishment of nexus: "engaged in business."

If you are engaged in business, you have a substantial nexus with the state or the meets the purposes of the commerce clause in the U.S. Constitution or other federal law. The meaning of substantial has been up for debate.

The State of California specifies exactly what “engaged in business” means on the state and local level. The definition of the phrase is rather convoluted; consultation with an attorney knowledgeable in California tax law could help you steer clear of any trouble. Being engaged in business in California involves commonly controlled groups (corporations with shareholders) and combined reporting groups.

A Brief Word about Affiliates and Combined Reporting Groups

A combined reporting group includes those corporations with business income that are permitted or required to be included in a particular combined report under the California Revenue and Tax Code unless specific criteria are met.

If a member of a retailer's combined reporting group and commonly controlled group is performing services for the retailer within the State of California that helps the retailer establish or maintain a California market for sales of tangible personal property, that retailer has established a nexus.

The same is true if the retailer has an affiliate operating in California that refers prospective customers to the retailer via an Internet-based link, an Internet website, or otherwise as defined under specific circumstances that can be found here.

Why Does Nexus Exist?

Nexus has been around in some form since taxes were invented but the need for retailers from outside the state to collect and remit sales tax expanded each time a new selling innovation came along. For example, mail-order purchases expanded throughout the 20th century, joined by telephone sales, and then the biggest innovation of all: the Internet.

State governments did not want to allow opportunities to pass by for collecting taxes and so needed to find a justification for requiring a business that was not incorporated in the state nor had physical retail stores within its borders to pay up.

Over the years, legislation has expanded the types of out-of-state retailers that are required to register with the Board of Equalization in California, and the laws will continue to change as the world of sales does.

How Nexus Impacts Your Business

If the BOE determines that you have the requisite “sufficient presence” and are “engaged in business” in the State of California, you must register your business with the BOE and begin collecting and remitting sales tax, even though you have nothing more than a drop-shipping hub or a booth at a trade show within the borders of the state.

Unfortunately, you are not on the hook simply for state sales tax. You are also responsible for local sales taxes, which are different from district to district, city to city, and between counties.

Here is an example of tax determination for Beverly Hills:

If you have nexus in California, your business is responsible for knowing the current state tax rate, the tax rates for each of 58 counties within the state, and hundreds of tax districts. To complicate matters, some tax districts overlap.

Your business bears the cost of compliance for filing, payment, and other activities involved in the administration of tax law, including:

Several states, including California, have developed the concept of nexus as a method for determining whether an out-of-state retailer must register with the Board of Equalization and collect sales tax from its customers.

The definition of “engaging in business” in California includes meeting the criteria set out in the commerce clause of the U.S. Constitution giving the Federal government the right to “regulate commerce with foreign nations, and among the several states, and with the Indian tribes.” (Article 1)

If you are a retailer whose primary business is outside of California but meets the requirements of nexus, you must register with the California Board of Equalization and collect sales tax from your California customers. You also must keep current on all changes to the California state tax code, city and county tax rates, and district tax rates.