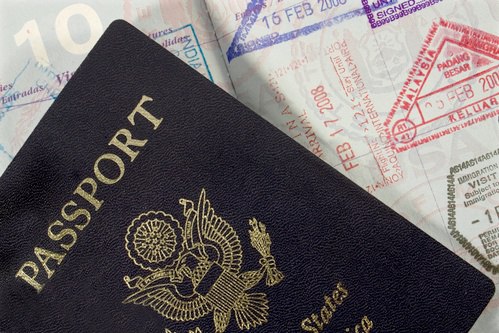 The recent passage of the FAST Act has some people worried about their ability to travel and live abroad because of their IRS liabilities. Although Congress has long toyed with the idea of tying tax compliance to international travel privileges, the new law now codifies the ability of the government to restrict passports of anyone who owes the IRS more than fifty thousand dollars in outstanding and unresolved tax liability.

As such, many Americans, both domestic and living abroad, are left wondering what the consequences of the new measure will be and how the government will enforce these new provisions. Likewise, perceived gaps in the law and questions surrounding it are causing concern in the tax practitioner community as well.

In an effort to better clarify some of the mystery surrounding the new law, we wanted to break down the relevant provisions of the FAST Act, explain possible avenues for enforcement, both at the IRS and Secretary of State levels, and explain some of the consequences to taxpayers that may come as a result.

Title XXXII, Subtitle A, Section 32101 of the FAST Act gives the IRS the power to deny or revoke passports for taxpayers who have a “serious tax liability” of fifty thousand dollars by issuing notice to the Secretary of State’s office.

Upon receiving this notice from the IRS, the Secretary of State can:

Carve-outs in the law exist at the Secretary of State level for emergency situations or humanitarian objectives, but not for economic hardship or any other considerations. Thus, it appears that most of the discretion on who to report belongs squarely in the hands of the IRS.

At the IRS level carve-outs exist as well. Those taxpayers who are considered back in compliance, whether through an installment agreement or being placed in a hardship status, are exempt from being reported from to the Secretary of State.

Additionally, those taxpayers challenging the underlying assessment through a Collection Due Process hearing or through a petition for innocent spouse relief, whether those petitions have been initiated or granted, are also exempt from the revocation list.

All other taxpayers who have an active federal tax lien or where levy action has been attempted previously are eligible for passport restriction. Determination of who to report appears to also lie with the IRS.

Little guidance has been issued by the Secretary of State’s office for what the enforcement of this new law will turn out to be. However, we would imagine the enforcement provisions to be similar to the Secretary of State’s procedure of denying passport applications due to non-payment of child support. In those cases, passports are uniformly denied until a state child support agency contacts the US Department of Health and Human Services and has a name removed from the list of outstanding arrears.

In this case, we would suspect that the Secretary of State would put the burden of resolving the delinquent tax issue on the taxpayer and the IRS and State Department would stay out of the issue until the IRS clears the person’s name from the list.

However, based on our experience, that clearance could take several weeks or more until the IRS has placed someone back into compliance. Interagency communication is often not the greatest and it is unclear exactly how the adding and removing process would work (i.e. how quickly the restrictions could be put back on).

We would imagine some sort of due process notification issued to taxpayers who would potentially fall on the revocation list, rather than simply just being placed on the list. However, what form that notice will take, particularly in instances where the taxpayer resides abroad continues to remain up for debate. Under federal law, we would imagine some satisfaction of due process other than the normal collections due process either at the IRS or Secretary of State level.

Consequences of the new law

There are several things that are striking about the new law and, as of now, a lot of unanswered questions. The first thing of note is that “serious tax liability,” as defined by the statute, not only includes the tax, but also the interest and penalty associated with the account. As anyone who has ever owed a tax liability will tell you, the interest and penalties associated with the account could be substantial.

Additionally, certain penalties such as “failure to file” penalties and the penalties associated with not disclosing foreign bank accounts are often in the tens of thousands of dollars. Failing to file a simple return and having the IRS assessing you for what they believe the balance is (coupled with penalties and interest) could land you on the passport revocation list pretty quickly.

What is also interesting about the new law is the carve-outs it creates for collections side remedies to the passport restriction list (installment agreements and hardship status designations), but does not offer similar carve-outs for offers in compromise. It remains to be seen whether or not the government will consider a taxpayer who has submitted an offer in compromise (and technically in compliance) part of those individuals that need to be placed on the passport revocation list because it appears reporting is discretionary.

Additionally, those taxpayers that miss their time limitations to file a Collection Due Process request and file an equivalent hearing request are not exempt under the new law. Perhaps most importantly, liabilities that have been assessed but are still under dispute, such as those going through an audit reconsideration or in tax court, also do not appear as an exemption. Therefore, a taxpayer could still have a valid dispute with respect to their assessed tax liability, have an active challenge pending, and still have their passport subject to revocation.

What about taxpayers living abroad?

The practical issues of the new law also merit discussion. Ex-pats and other US nationals that reside outside of the United States have long complained about not receiving IRS correspondence or receiving it delayed. In this case, a delay or not being notified about a pending IRS assessment, could create problems for them in the United States or in their country of residence.

A revocation of their passport could leave them stranded in whatever country they are in, or worse, subject to fines and deportation. The problems associated with challenging a domestic tax liability while abroad have also been well documented. In certain countries, banking records in foreign languages and other issues could delay resolution of collections issues and potentially put the taxpayer at risk.

Those outside the United States are not the only ones that are affected by the new law. Foreign travel for those with tax liabilities would be non-existent unless they are put back into compliance.

However, it is not just foreign travel that has the potential for being affected. The REAL ID Act that was passed in 2005 has now mandated identification standards for state-issued drivers licenses and other forms of ID. People that reside in those states that are not federally compliant will need their passports to board domestic flights, not just international ones.

Additionally, the FAST act does not provide an exclusion for work related travel and those taxpayers needing to travel oversees for their passport will have problems if they have not gotten back into tax compliance. Furthermore, disclosure to the employer that one of their employees has a significant tax liability could put the taxpayer’s job in jeopardy. Taxpayers with relatives in foreign countries, especially those caring for foreign relatives, would also have the potential be significantly affected by the new law.

What to do about the new law

Since we anticipate complications getting people who are put on the passport revocation list off the list, the easiest thing that taxpayers can do is not get themselves put on the list in the first place.

A simple installment agreement is pretty much all that it takes to avoid scrutiny from the State Department. Those who have newly assessed liabilities can file a collection due process request and challenge the action before being placed on that list as well.

Although the law does not currently include a carve-out for offers in compromise, if this exception is created in the future, then a doubt as to liability offer in compromise might be a good way of keeping yourself off the list while still challenging the underlying liability.

Once on the list, putting yourself back in compliance using one of the prescribed methods is probably the fastest way off the list short of paying the liability in full. What is interesting about this is that compliance and passport implications are going to start factoring into tax practitioner decisions about how to handle matters. If denial or revocation of a passport is going to be a major factor for the client, then a “compliance first” strategy might need to be adopted in the future.

In short, the FAST Act has raised the stakes with respect to the enforcement action that the IRS can take against taxpayers. Knowing the risks and what to do if you potentially come a target is extremely important. How exactly this new law is implemented and enforced by the IRS remains to be seen but rest assured that many will be keeping a watchful eye on it as it develops.

Installment Agreements and the IRS: Settling Your Debt

In an ideal world, everyone would be able to pay their taxes in full and on time, but sometimes it...