Owner and Director of Legal
Brotman Law
Speak with Sam

Imagine yourself working as an IRS agent. Your department is in charge of identifying delinquent, high-income taxpayers who gross $200,000 or more per year in your state.

On another spreadsheet, five very wealthy taxpayers who work in different fields are listed. Three out of five have c-level titles connected to large corporate subsidiaries, one is a best-selling author, and one owns a sports team. Each one grosses $300 million dollars or more annually. Each taxpayer owes the government between $5 million to $29 million dollars, also from tax years 2016-2019.

So, who do you go after first? In each case, the nonpayment of income taxes – despite each taxpayer having significant financial resources – is a clear-cut form of noncompliance, and they all are skating the thin line of tax evasion.

Are there criteria in place that makes the decision easier? Turns out there is – but those criteria are now under close scrutiny.

According to a Treasury Department watchdog report, the IRS has failed to collect more than $2.4 billion from delinquent, wealthy taxpayers. The Treasury report, later recounted in Bloomberg Law, stated that “auditors were only able to recoup about 39% of the more than $4 billion in unpaid taxes owed by a group of rich taxpayers with an average income of nearly $1.6 million.”

In the United States it is widely – almost universally – observed that people who earn more should pay more in taxes. It is reasonable then to believe that the IRS should prioritize high-income earners when seeking delinquent taxes. To date, however, income level is only one of many factors they consider in the collection process.

When collecting delinquent taxes, the IRS often accepts less than the full liability. This is achieved by settlement offers known as Offers in Compromise ("OIC"). 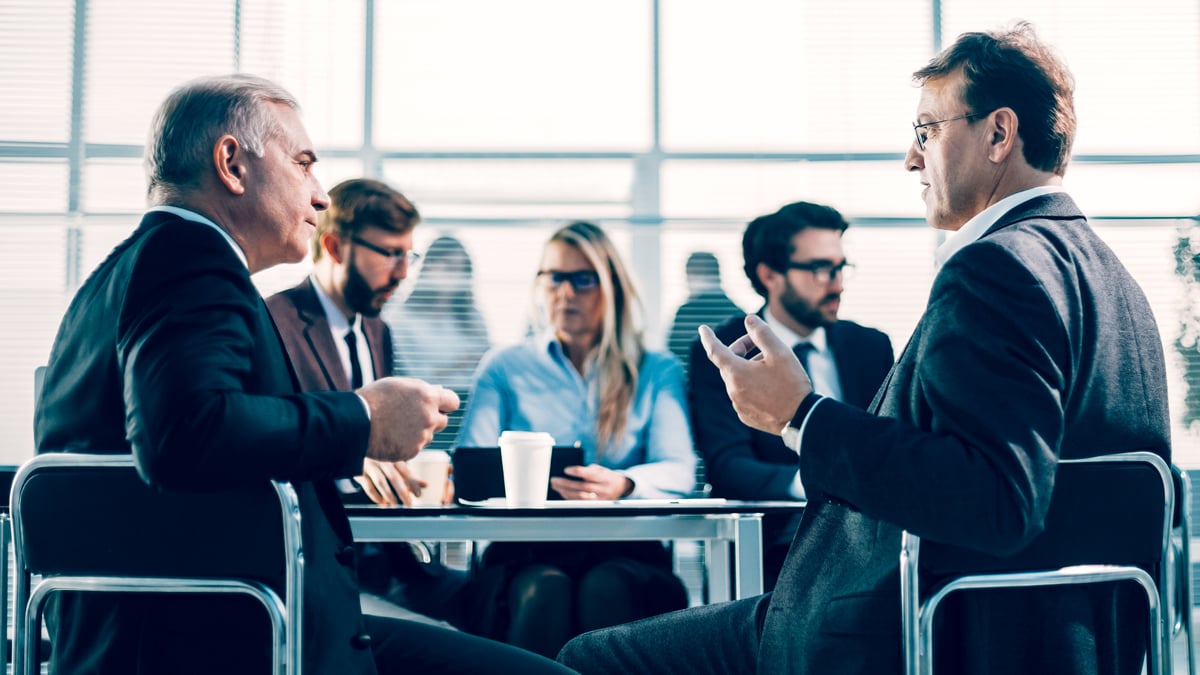 For the offer in compromise to be accepted, the IRS considers many aspects outside of actual taxpayer income. The highest weighted factor is total amount owed. This is based on a sort of bartering system. When you know the chances of getting the full asking price are slim, you might as well start high.

If you understand the tax gap, which is the difference between taxes paid and taxes owed, it becomes clear why the Treasury Department wants to revise the many factors the IRS works with, and instead give the taxpayer’s actual income more weight. The question is how to do it equitably.

Background on the Report

The “Treasury Inspector General for Tax Administration (“TIGFTA”) reports the IRS does not consider the taxpayer’s income or wealth when prioritizing Taxpayer Delinquent Accounts (“TDA”). It instead “focuses upon the dollar amount of the balance due.”

The TIGFTA sees an issue with this because it, “creates a higher risk that taxpayers with high incomes are not paying their tax debts even though they have the ability to do so.” This problem has been exacerbated due to the COVID-19 pandemic, as well as the staffing issues already present within the IRS.

What is Total Positive Income?

Traditionally, the IRS has used total positive income (“TPI”) as a tool to look at and prioritize taxpayers.

“In general, TPI is the sum of all positive amounts shown for the various sources of income reported on an individual’s income tax return and thus excludes adjustments to income and losses.”

Simply put, it tends to overstate a taxpayer’s available income and ability to pay.

Due to this overstatement, when the TIGFTA conducted studies for this report, it used adjusted gross income (“AGI”) instead of TPI and considered taxpayers with $200,000 or greater AGI as high-income.

Out of the group of delinquent taxpayers studied, 6% are high income and they account for 22% of the total amount owed – $38.5 billion.

TIGFTA also found the IRS is more likely to collect from high-income taxpayers. It is presumed that if there is a small debt owed, they are more likely to pay because they can afford it.

The IRS focuses more upon the higher amount of debt owed – not high-income taxpayers with smaller amounts. It was found that the IRS often let the smaller amounts of debt go although these small amounts add up to quite a sum of money.

The report’s recommendation stated that the IRS should:

The IRS disagreed with this recommendation. “In their response, IRS management stated that high income is already considered as a high priority in the case routing and selection process and asserted:

Income is a Significant Factor

The IRS claims to use income as a factor, but one of many. The TIGFTA thinks that income should be more than just one of many factors and should be weighted more significantly. Based off of data in the aforementioned report, the average tax debt recovery correlates directly with the taxpayer’s adjusted gross income.

In addition, “the data show[s] that revenue officers collected a larger percentage of the balances due owed by high-income taxpayers than by lower income taxpayers.”

It is simple to discern then if the IRS truly wants to identify collectability potential, then income should be a large factor due to its correlation and potential for higher-than-expected returns.

“The analysis found that revenue officers collected an average of 22% more money than the model predicted from the taxpayers with the highest AGIs.” 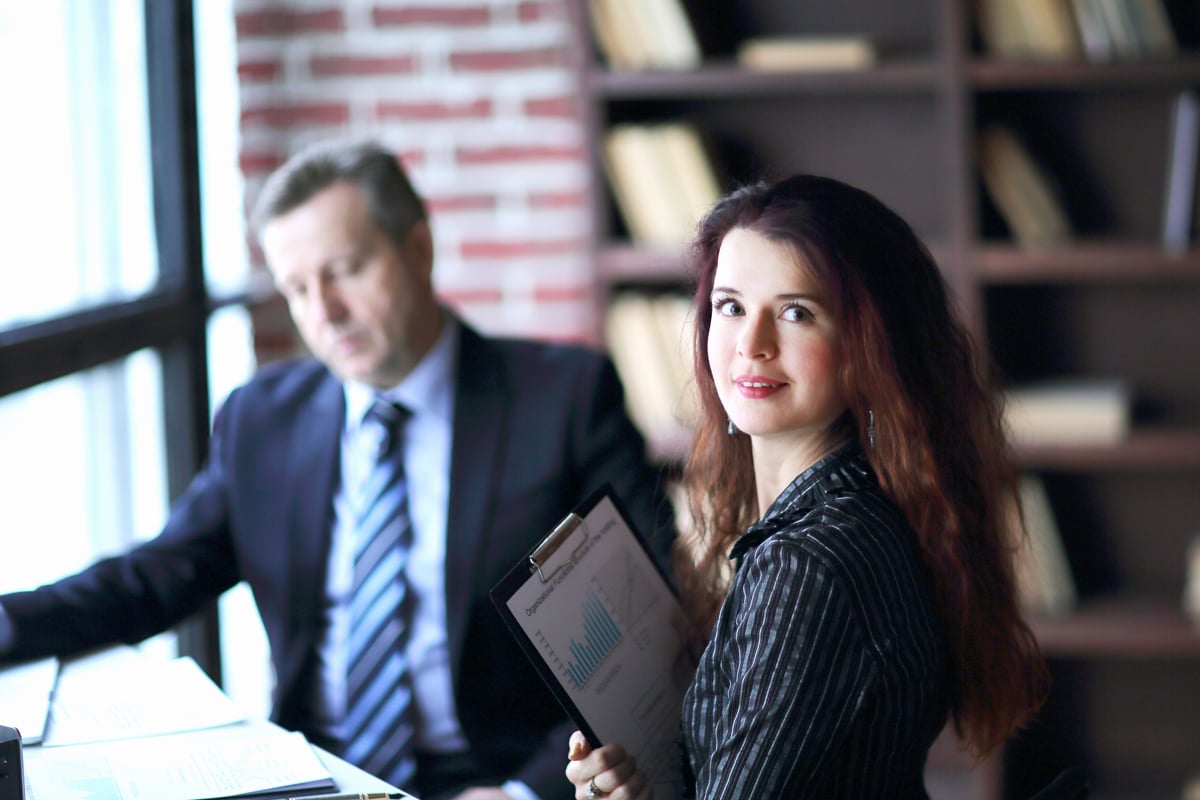 This lead TIGFTA to its second recommendation. “Evaluate the predictive model to determine whether refinements could improve the correlation of the predicted recovery rate and actual recovery rate for the highest income individual taxpayers with a balance due.” The TIGFTA believes that updates to the Inventory Delivery System (“IDS”), which organizes cases to IRS collection officers, will better serve the IRS.

This time the IRS agreed with the recommendation. “In their response, IRS management stated that they will evaluate the recovery predictive models for individuals in the IDS and consider additional income factors from both income tax returns, and information returns to improve the ability to predict recovery.”

The algorithm is not the only problem the IRS faces with collection. Based on the TIGFTA’s report, revenue office staffing does not always align with locations where the greatest number of high-income cases are present.

High-income cases are different than many general collections cases because they are more complex. “They can involve multiple corporations, partnerships, and limited liability companies, which can provide taxpayers intent on committing fraud the ability to hide income and assets. As a result, high-income cases can take longer to resolve.”

Obviously with the IRS having limited services, they are fighting with one hand tied behind their backs. If the cases where taxpayers have the highest income also have the highest collections potential, TIGFTA contends, then the IRS should seriously beef the staff back up to its numbers over a decade ago.

The IRS has had to face issues with staffing because of the challenge of recruiting and retaining officers in areas with a high cost of living. This problem was made much worse by COVID-19 and is something that TIGFTA believes the IRS should address.

One way to do this is conducting Revenue Officer Compliance Sweeps (“ROCS”). In Fiscal Year 2019, the IRS started conducting ROCS, “which involve physically sending groups of revenue officers to geographic areas where there are concentrations of high-priority cases and where there has been minimal revenue officer field presence for some time or insufficient presence to adequately serve a geographic area.”

It should come as no surprise that TIGFTA also recommends the IRS, “…consider conducting ROCS that focus on high-income taxpayer TDA cases in locations where high-income taxpayer cases far outweigh the number of revenue officers assigned to those areas.” The IRS agreed.

Although the IRS disagreed with a majority of the TIGFTA’s recommendations, they did agree to review its current collections prediction model and to commit more officers to high-income areas.

This means that if you are a high-income taxpayer who has been delinquent on paying your taxes, the IRS may be more aggressive in pursuing your case. They may even go as far as sending officers to your home in a ROCS.

COVID-19 has caused businesses to make changes in order to survive. This has also affected our local, state and federal government, including the Treasury and the IRS.

It would be a very unpopular move to raise taxes during a pandemic where so many people are out of work. This corresponds to the IRS more aggressively pursuing delinquent taxpayers to make up for lost revenue from 2020.

If you are a high-income taxpayer concerned about your tax debt and the new IRS collection policies, please give my office a call. Our team of tax professionals is here to help.

There is a generous tax benefit that only select taxpayers qualify for. Not well known, it is...

COVID-19 has left millions of Americans asking questions – some of them no more or less complicated...

California Exit Tax & Wealth Tax: What Is it & How it Applies to You

California is known for having some of the most significant in-state taxes in the country with a...