Explanation and Penalties of Sales Tax Fraud in California

Owner and Director of Legal
Brotman Law
Speak with Sam 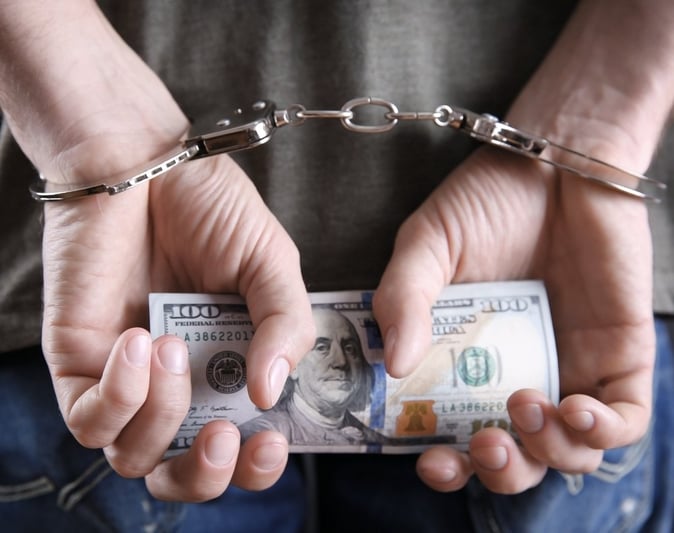 Sales tax is added to almost every piece of merchandise sold in the State of California. It adds to the city, county, and state coffers to help pay for services everyone enjoys.

Sales tax can also be a lure into illegal activity. Sometimes it is not intentional. A retailer makes an error that can be attributed to complexity of the tax code. This is merely negligence.

Other times, it is very intentional. Then it becomes sales tax fraud.

The Differences Between Fraud, Evasion, Avoidance, and Negligence

Fraud is a general term that is used in many different laws found in the Internal Revenue Code and the state taxing authorities. It is punishable by civil and criminal penalties and can be committed in multiple ways.

For example, tax fraud is the intent to steal from the government by intentionally not paying taxes that are known to be lawfully due.

Evasion is a subset or type of fraud and includes any action where an individual intentionally pays less tax than he or she owes. Evasion is often defined as a deliberate act of misrepresentation of taxable income to the IRS, thus the term “tax evasion” is used in the criminal context.

Some signs of sales tax evasion include:

In California, the Board of Equalization, also known as the BOE, is the agency that collects sales and use tax. It includes an investigation division that is responsible for handling all reports of corporate sales or use tax fraud.

Sales tax is added on the purchase price of almost any merchandise you buy within the state. It is a set percentage and is calculated by multiplying the purchase price by the sales tax rate. The current rate for California is 7.5%. However, municipalities, counties, and other district tax may be added to that, increasing the rate by as much as 2%.

Use tax is charged at the same rate as the state sales tax and applies to the use, storage, or other consumption (within the State of California) of merchandise purchased via phone, internet, mail, or in person from an entity outside the state and that did not collect California state sales tax.

Sales tax fraud occurs when merchants or sellers do not collect sales tax at the time of sale, or they collect it but pocket it instead of remitting it to the taxing agency.

Committing tax fraud reduces the funds available for services and programs run by the state. Police and fire departments, public parks, libraries, and prisons all rely on sales tax revenues. If fraud becomes wide spread, these services could be cut, to the detriment of the public.

Sales tax fraud also gives an illegal business advantage. Sellers who do not charge sales tax can offer goods at a lower price.

Overall, fraud can be committed in a number of different ways.

One example is a tax conspiracy, which involves a group effort to cheat the government out of revenue or to impede the tax collection agency from enforcing the laws. In order to make a charge of conspiracy stick, the government must prove that two or more people came to an agreement involving an effort to defraud the government and one person took action to accomplish that goal.

This is a serious issue because you do not have to commit the fraud yourself to be found guilty of it. If it can be proved that you and at least one other person agreed to some scheme to evade paying taxes, even if it was a joke, and just one of you went ahead and tried to make it happen.

Other fraud is committed through falsifying documents, attempting to evade taxes in some other way than conspiracy, and simply refusing to pay taxes (a willful failure to pay).

If the IRS or BOE determines that sales tax fraud has been committed, penalties are assessed that can range from fines to prison depending on the extent of the fraud. Tax evasion tends to be counted a misdemeanor that gets you slapped with a fine.

However, when the amount of unpaid taxes exceeds a certain amount, typically $10,000, the fraud becomes a felony. Larger fines and prison time can and will be handed down by the courts.

It is easy to avoid charges of fraud by paying taxes in full and on time. You can expedite the process by keeping accurate records, filing accurate returns, and understanding the basics of tax accounting. Learn about the audit process as well.

Finally, stay away from tax scams.

If you do have a tax debt, the best resolution is to pay off the debt and any penalties and interest in full as soon as possible. If you do not have the money to do so, you may be able to get an installment agreement to pay a monthly amount until the debt is paid off.

If you are very badly off, you may be able to get hardship suspension, which is not forgiveness but delays the deadline for payment. Offer in Compromise is another possibility. If nothing else can be done, you an declare bankruptcy.

Sales tax fraud is nothing to joke about. While it may be easy to commit, state and federal tax agencies will discover the fraud and penalize all illegal tax evasion, even if it was unintentional.

If you are charged with fraud, you need to contact an experienced tax attorney who is familiar with local as well as national tax law.

Virtual currency is a digital version of “value.” This value functions as a medium of exchange and...

Why Is the IRS Charging Me with a Tax Crime?

How do you think taxpayers decide it is in their best interest to avoid cheating on their taxes?...

When the IRS knocks on your door, it is enough to make you shake in your shoes. A visit from a...